A Bridge from Darkness to Light: Thirteen Young Photographers Explore Their Afghanistan (Paperback) 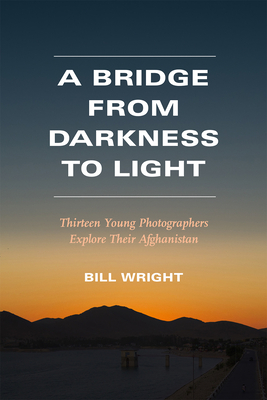 In 2006, Texas businessman, historian, and photographer Bill Wright was encouraged—though not officially invited—by the US Department of State to teach a class in digital photography to young Afghans in Kabul. The course was sponsored by an Afghan Non-Governmental Organization, ASCHIANA, which helps to support “working children and their families.” This book records Wright’s experiences and celebrates the creativity he saw flourish at the heart of a war zone.

For thirty-five years Wright owned and managed a petroleum marketing company. After selling his company to his employees in 1987, he has devoted his time to writing, photography, and public service for a number of nonprofit organizations including the National Council for the Humanities, the Texas Council of the Humanities, and most recently as a commissioner on the Texas Commission for the Arts.

BILL WRIGHT’s photographs are in the collections of such institutions as Fort Worth’s Amon Carter Museum, Houston’s Museum of Fine Arts, the Dolph Briscoe Center for American History, and the Smithsonian Institution. He is the author of nine books, including Authentic Texas: People of the Big Bend (with Marcia Daudistel) and from TCU Press The Whole Damn Cheese: Maggie Smith, Border Legend.