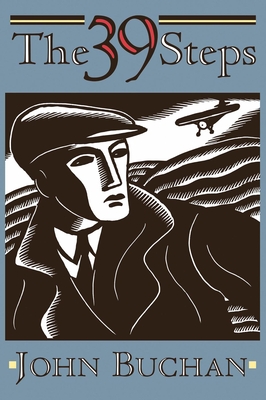 The classic British thriller of esponiage and the basis for the Alfred Hitchcock film.

The year is 1914. Richard Hannay, an expatriate Scot in London, is buttonholed by a stranger, a well-travelled American, who claims to be in fear for his life. The man appears to know of an anarchist plot to destabilize Europe, beginning with a plan to assassinate the Greek Premier, Constantine Karolides, during his forthcoming visit to England. The man reveals his name to be Franklin P. Scudder, a freelance spy, and remarks that he is dead, which holds Hannay's attention. Scudder explains that he has faked his own death to avert suspicion. Scudder claims to be following a ring of German spies called the Black Stone who are trying to steal British plans for the outbreak of war. Hannay lets Scudder hide in his flat and, couple of days later, Hannay returns home to find Scudder dead with a knife through his heart. And that is just the beginning. The 39 Steps was first published in 1915, the first of five novels featuring Richard Hannay, an action hero with a stiff upper lip and a miraculous knack for getting himself out of sticky situations. The combination of action and fun make this novel a perennial treat for readers.