Pecans: The Story in a Nutshell (Grover E. Murray Studies in the American Southwest) (Paperback) 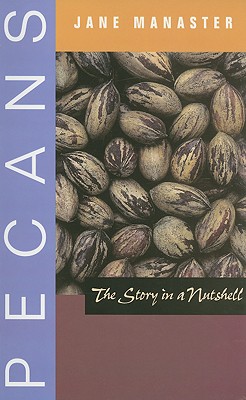 Travel just about anywhere in the southern United States, and you will find pecan trees. The “nut too hard to crack by hand”—the derivation of the pecan’s Algonquian name—is one of the most successful native agricultural crops of North America. So popular are pecans that Thomas Jefferson once wrote home from Paris for a supply, while many people today consider their holidays incomplete without a pecan pie. Jane Manaster’s Pecans, updated from its original 1994 publication, explores the natural history, cultivation, and uses of the pecan tree and nut. Her engaging account pieces together a fascinating mosaic of the peoples caught up in the pecan story—Native Americans, Spanish explorers, European immigrants and their American descendants, African Americans, and Mexican Americans. Manaster also describes the life cycle of the pecan tree, the development of many cultivated species, and predators and diseases of the pecan. She chronicles the successes of commercial growers in extending the pecan’s original range eastward from the Mississippi basin to Florida and westward to California; and she charts the growth of the commercial pecan industry, especially in Georgia, Texas, New Mexico, and Arizona. Not forgetting the pecan’s popularity in candy and baked goods, Manaster includes nearly two dozen traditional and modern recipes for such delights as pralines, candied and roasted pecans, pecan pie, and pecan logs. With such a wealth of information in so readable a format, Pecans will find a wide audience among pecan lovers and growers everywhere.

A freelance writer and geographer, Jane Manaster lives in Austin, Texas. She is the author of several works, including Horned Lizards (TTUP, 2002) and Javelinas (TTUP, 2006).