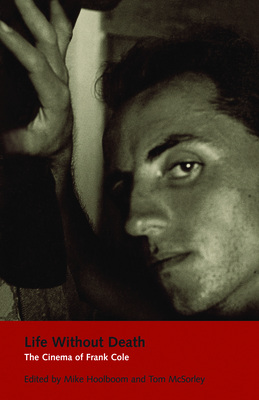 Legendary Canadian filmmaker Frank Cole entered the Guinness Book of World Records as the first man to cross the Sahara on foot. Meticulous, fearless, obsessive, and the maker of at least two bonafide masterpieces, there has never been anything in the cinema like Frank Cole. His murder in Mali left us with a legacy of two features, a pair of award-winning short films and a mystery that may never be solved.

This book is a ravishing odyssey of inner and outer visions, a heaven-sent trove of first-person experiences and critical vantages. It features never-before-seen material from the filmmaker himself, including colour postcards, photographs and excerpts from a journal made during his Sahara crossings. Here, more than a dozen international luminaries weigh in on the Canadian legend, alongside Korbett Matthews' award-winning documentary The Man Who Crossed the Sahara.

Mike Hoolboom is the author of four books: Plague Years, Inside the Pleasure Dome: Fringe Film in Canada, Practical Dreamers and The Steve Machine. He is a founding member of the Pleasure Dome screening collective and has worked as the artistic director of the Images Festival and as the experimental film coordinator for the Canadian Filmmakers Distribution Centre. He is the winner of over thirty international prizes and has enjoyed nine international retrospectives of his work. Tom McSorley is the director of the Canadian Film Institute. He is a past programmer for the Montreal World Film Festival. He teaches at Carleton University and is the editor of Rivers of Time: The Films of Philip Hoffman.

'Some called him brave, some called him mad, some knew him better. Above all, he was a filmmaker. This book has captured an elusive cinema chimera, a fata Frank morgana, a mirage of miraculous mirrors, a shimmering oasis, an optical delusion — as only a good book can.' — Peter Wintonick, international editor, POV Magazine

'Frank Cole was a road between the Sahara desert and rural Canada. This book honours Frank with a rich banquet of insights and the deep quiet of a good mirror.' — Cameron Bailey, co-director, Toronto International Film Festival