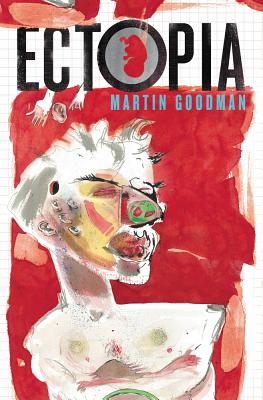 By Martin Goodman
$19.95
Backordered. Place an order and we will let you know when to expect your book.

A dystopian novel from an award winning author, in the line of Brave New World and The Handmaid's Tale. Ectopia takes place sixteen years into a baking world in which no more girls have been born. It's set in London, in the flatlands around Heathrow. Planes don't fly any more. Heathrow is now Cromozone, a genetic research station. The streets are run by teensquads, state-sponsored groups of boys. A lead runner among them is Steven, the gay twin of the last girl Karen. Their mother swells in size. Their Dad treats Karen as bait. He turns the house into a fortress and draws a teensquad into battle. Meanwhile a Council of Women is inventing an Eden, and aim to put Karen and Steven at the heart of it. Ectopia takes themes of gender, feminism, climate change, cloning, psychedelics, racism, and genetic modification and mixes them into a 21st Century Brave New World.

Martin Goodman has published ten books, nonfiction and fiction, and won several national awards. His writing draws on travel and work in China, Africa, Thailand. Saudi Arabia, Qatar, South America, and throughout Europe. After seven years in Santa Fe, New Mexico, he returned to the UK where he is Professor of Creative Writing at the University of Hull.