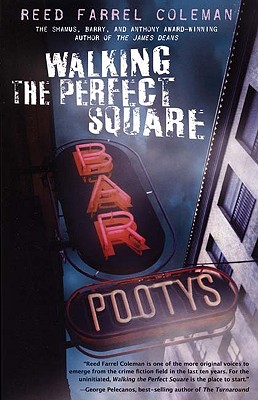 By Reed Farrel Coleman, Megan Abbott (Foreword by)
$13.00
Backordered. Place an order and we will let you know when to expect your book.

A beautiful start to one of the best PI series in the last twenty years. Coleman taps into the melancholy attitude that permeates the genre with a prose poetry style that gets us living under his hero's emotional skin.

Reed Farrel Coleman was Brooklyn born and raised. He is the former Executive Vice President of Mystery Writers of America. His third Moe Prager novel, The James Deans, won the Shamus, Barry and Anthony Awards for Best Paperback Original. The book was further nominated for the Edgar, Macavity, and Gumshoe Awards. Megan Abbott is the Edgar Award-winning author of Die a Little, The Song Is You, and Queenpin. She also edited Busted Flush Press' female noir anthology, A Hell of a Woman. Her Damn Near Dead (Busted Flush Press) short story, "Policy," was the basis for her Edgar-winning novel, Queenpin. She has a Ph.D. in English and American literature.

"Among the undying conventions of detective fiction is the one that requires every retired cop to have a case that still haunts him. Reed Farrel Coleman blows the dust off that cliche in Walking the Perfect Square with a mystery that would get under anyone's skin." -- Marilyn Stasio, New York Times Book Review

"Reed Farrel Coleman is a terrific writer... a hard-boiled poet... If life were fair, Coleman would be as celebrated as [George] Pelecanos and [Michael] Connelly." -- Maureen Corrigan, NPR’s Fresh Air

"Reed Farrel Coleman is one of the more original voices to emerge from the crime fiction field in the last ten years. For the uninitiated, Walking the Perfect Square is the place to start." -- George Pelecanos, best-selling author of The Way Home