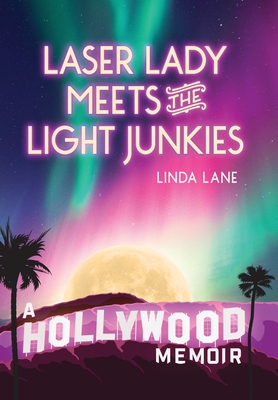 Living at the Speed of Light

Americans were still celebrating NASA's moon landing in the early 1970s when pop culture collided with science in a hurricane of eccentric personalities, deal-making, and unbridled hedonism. Linda Lane was at the center of it all. Laser Lady Meets the Light Junkies: A Hollywood Memoir, is a celebrity-packed story that brings to life Lane's journey as a smart, visionary, ambitious, but na ve twentysomething screenwriter trying to find success during that iconic period amid a swirling pool of eccentric scientists, movie stars, rock stars, record executives, Hollywood sharks, and assorted hustlers. An observer and catalyst for the birth of holography, Lane worked with physicist, holography pioneer, and founder of San Francisco's School of Holography, Lloyd Cross, along with clothing designer Kaisik Wong, and numerous others who, among their many pursuits, helped Salvador Dali create his famous 3-D live motion portrait of rock star Alice Cooper. This unforgettable coming-of-age memoir offers both a history of early holography and a young screenwriters quest to expand the way we experience movies.

"Linda Lane is a true original. She recognized the value of the hologram and introduced hundreds of her friends to the phenomenon. I was an early convert and introduced Nic Roeg, director of the movie, The Man Who Fell To Earth and he was inspired to put a hologram in the film. This was back in 1976. I wish I knew where that David Bowie hologram wound up. History in the making." - Candy Clark

"Linda Lane was one of the most original people I met in the late 1960s. She was slightly ahead of her time creating a story using holography. I knew little about the subject. When I finished reading her script I knew it was special and so was she." - Rona Barrett

"1972 to 1975 was a seminal period for holography. We are fortunate that Linda Lane documented it so thoroughly." - Ana Marie Nicholson, artist and founder, The Center for the Holographic Arts

"Holographic artists would gather late at night and in the early mornings to avoid vibrations from the everyday world. Working in their hand-crafted laboratories they taught themselves how to create art with leading edge technology." - Charles Lysogorski, artists, holographic pioneer