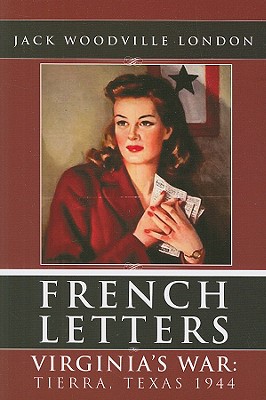 By Jack Woodville London
Unavailable. Orders will be auto-cancelled.

Virginias War is the poignant novel of a small Texas town where, during WWII in 1944, there was a bit of tarnish on the patriotic bunting and not everyone was eager to join up for the fight. It was there one morning that unexpectedly-pregnant Virginia Sullivan read in her fathers newspaper that she supposedly had eloped with a soldier who had already gone off to the war, an awkward thing, since he didn't know anything about it. This first book of the French Letters trilogy is the tale of one womans home front folded into the story of a town that is happy for its war bride because of her familys generous dabbling in the black market of war rations until the government pokes into their affairs.