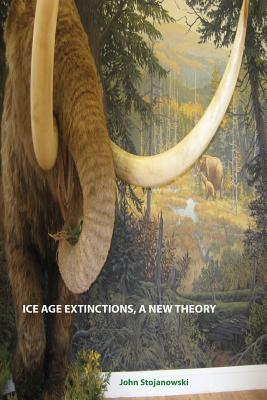 For at least the past century scientists have been trying to explain the extinction of megafauna during the past Ice Ages. Mammoths, mastodons, giant ground sloths, cave bears and many other mammals disappeared throughout the Pleistocene Epoch. The last of these giant animals became extinct around 10-12 thousand years ago. Human hunting and climate change are the competing extinction hypotheses but neither has consistently emerged as the dominant explanation. Is there a third contender that is better able to explain the extinctions? Yes there is and this book describes the theory that not only can explain the megafauna extinctions but the extinctions of the Neanderthals, the Hobbit and the cause of geomagnetic reversals of the Earth. The coincidence of extinction periods, flood basalt volcanic eruption and geomagnetic reversals during the Pleistocene Epoch is well documented. The author's theory described in this book is the only one that can explain this coincidence.