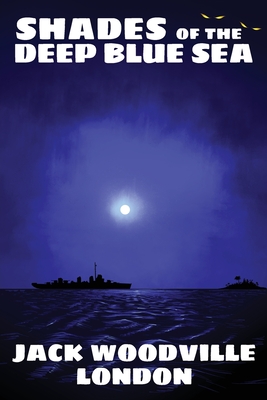 From the award-winning author of the Best Military Fiction of 2018.

"Dead or Alive? London's approach to this question thrusts the reader into their own vision of immortality and an immensely entertaining story of the life/death struggle of a character that dramatically makes you want to see his destiny."

"... an intriguing nautical adventure as well as a ripping good historical fiction complete with typhoons, spirits, and cannibals."

"The plot twists blew me out of the water. Narrowly avoiding burial at sea, born again Bart's heart is in the right place but the avalanche of his military misdeeds can only be held back so long. A depth of great writing with a creative approach to character development."

As their ship crosses the Pacific, headed to war in the Philippines, the bumbling Olafson looks for ways to kill Bart who is looking for ways to stay alive, all while the crew of the Renegade begins to believe that Bart might already have become a shade. But, the winds of war blow Bart and Olafson to the Spice Islands and the Japanese, and to Saya, who is fighting a war of her own. Can they survive in a jungle world of cannibals, poisonous birds, and a woman bent on revenge against the Japanese?

Shades of the Deep Blue Sea is more than a historically-precise novel of World War II in the Pacific. It also is a riveting foray into dodging torpedoes, machine guns, and Japanese patrols that makes one wonder whether Bart could actually see what happened beforehand. A shade, after all, is more than just a change of color....

Shades of the Deep Blue Sea is another remarkable work of historical fiction from Jack Woodville London, author of Children of a Good War, winner of Best Historical Fiction, War and Military, 2018 and the French Letters Series.