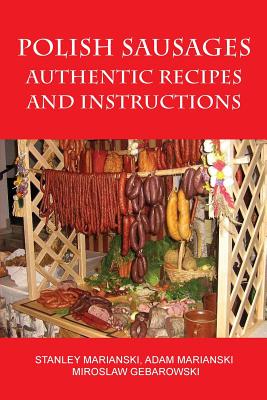 Polish government secret sausage recipes. Before the fall of the Berlin Wall, only the Polish government and local sausage makers knew the secrets to making the finest Polish sausages. When the political climate changed, so did the sausages, as Polish manufacturers competing in the world market opted for faster and cheaper production over quality. With the release of Polish Sausages: Authentic Recipes & Instructions, the opportunity for sausage makers once again to create the best of the best Polish sausages is now possible. In 1945 someone in the newly organized government came up with a brilliant idea of standardizing Polish meat products using traditional time proven recipes. The official list of products was drawn and the Department of the Meat Industry started to work out details. In 1959 the first official guide for making meat products and sausages was issued which was followed in 1960 by a slightly revised version. Those recipes were written by the best professionals in meat science the country had. The recipes presented in this book come from those government manuals and they were never published before. Most books on sausage making are filled with unknown quality recipes, this book is different, it contains carefully compiled government recipes that were used by Polish meat plant between 1950-1990. These are recipes and production processes of the products that were made by Polish meat plants and sold to the public. Most of those sausages are still made and sold in Poland.