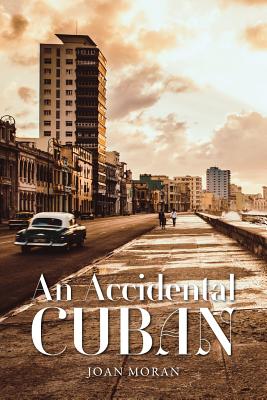 Harry Cisneros desperately wants to escape moribund Cuba, but he is trapped by circumstances - a wife, a daughter and a lack of money. A dead ringer for Leonardo Di Caprio, Harry's three years in New Jersey as a teenager and perfect English make him an American at heart.

No longer content to work in a cigar factory, Harry hustles as a translator in the plaza of the colonial city of Cienfuegos. A chance meeting with a young American couple sets Harry off into a dark odyssey. The couple tells Harry about their experience in Havana of changing dollars into CUCs, the Cuban currency used for tourists. Harry decides to travel to the big city of Havana to explore the black market "dollar" business in hopes of making enough money to leave Cuba with his family.

Harry meets the characters involved in the money exchange business that pervades Havana's underground - a Cuban, a Silicon Valley entrepreneur, and a French restaurateur. Headquarters is Kirpan, a bustling, trendy Cuban restaurant whose partners send Harry out into the streets and plazas of Havana to change currencies and add more dollars to their coffers to invest in Cuba's potential booming future.

Harry meets a young woman who allows him gather information for the Russian. His search reveals that the partners in Kirpan have also filed applications under a French company. It turns out the French are applying for a wider infrastructure of development and are more competitive than the Russian company.

Fidel dies. Havana closes down, but Harry continues to get drawn further into the intrigue and deception of a crew of bad actorsvying for Cuban favors. He encounters a double spy, a Cuban agent, and an interloper navigating the corrupt communist government channels on behalf of the Russian. He is also intrigued by a large application file from a Brazilian tech company to implement a cellular system.

When there is suspicion that a traitor exists in the Kirpan operation, he has few options but to stay his course.To survive, Harry has to thread a complicated maze of disappearances, duplicities, low-life, wanna-be business friends from Cienfuegos, a pothead flunky, two subversive French agents, and one of Kirpan's partners. In time, he discovers that he Justin isn't what he seems either.

Harry delivers the traitor with the final understanding that the true villain in this story is Justin, a man with no real footprint in the world, a man who works for the highest bidder for the highest price, a con who never keeps his promises. His savior is his enemy, and he is disposable. There is nothing more dangerous than a patient man. No way out, all entrances closed, Harry takes his freedom where he can get it. Expect the unexpected. Harry goes down yet another rabbit hole that costs this accidental Cuban his soul