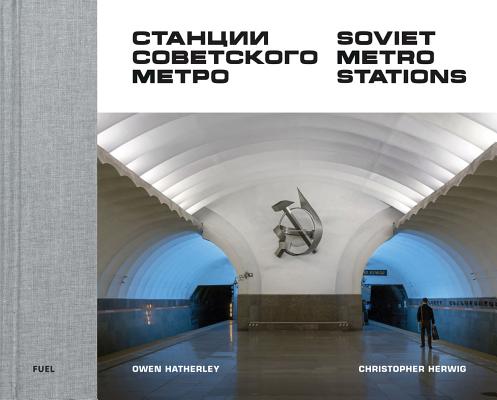 From the author of Soviet Bus Stops, an underground trip through the Soviet Metro

"For us," said Soviet leader Nikita Khrushchev in his memoirs, "there was something supernatural about the Metro." Visiting any of the dozen or so Metro networks built across the Soviet Union between the 1930s and 1980s, it is easy to see why. Rather than the straightforward systems of London, Paris or New York, these networks were used as a propaganda artwork--a fusion of sculpture, architecture and art that combined Byzantine, medieval, baroque and constructivist ideas and infused them with the notion that communism would mean a "communal luxury" for all. Today these astonishing spaces remain the closest realization of a Soviet utopia.

Following his bestselling quest for Soviet Bus Stops, Canadian photographer Christopher Herwig has completed a subterranean expedition photographing the stations of each Metro network of the former USSR. From extreme marble and chandelier opulence to brutal futuristic minimalist glory, Soviet Metro Stations documents this wealth of diverse architecture. Along the way Herwig captures the elements that make up this singular Soviet experience: neon, concrete, escalators, signage, mosaics and relief sculptures all combine to build a vivid map of the Soviet Metro. Soviet Metro Stations includes an essay by the leading architectural and political writer Owen Hatherley, author of the acclaimed books Landscapes of Communism (2015), Trans-Europe Express (2018) and The Adventures of Owen Hatherley in the Post-Soviet Space.--Lizzie Crook "Dezeen.