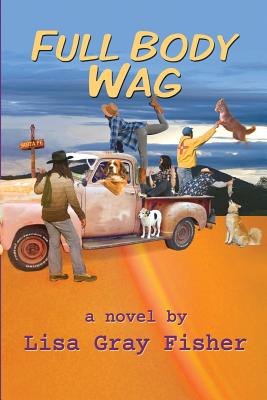 Among the many forms humanity takes are dog aficionados. Happiness is their common quest, but it's not always as easy to get as a good scratch. Full Body Wag follows two sets of characters whose lives ultimately intersect through devotion to the dog: a group of Santa Fe women, led by the dog-obsessed Ms. Sioux Ashe, who takes charge of a community college creative writing class over protests from their bewildered English instructor, and a scruffy pack of men who are filming an independent B-grade sci-fi horror movie in Cow Springs, Arizona.

The adventure begins after the mangiest member of the film crew, one-eyed Big Willie, makes of his deceased mutt a communion meal and is transformed from a grief-stricken sweat-hog into a charismatic healer on the canine circuit. Fluent in Dog and generous with his snack-laden beard, his unorthodox cures include therapeutic rabbits and Elvis love songs. When Willie's gift brings him and his sidekick screenwriter Gap into the sphere of Sioux and her dog-loving dilettante companions, Gap takes up his quixotic quest to win Dena, who was his senior prom date twenty years ago and remains his one great love.