Crisis of Conscience: The story of the struggle between loyalty to God and loyalty to one's religion. (Paperback) 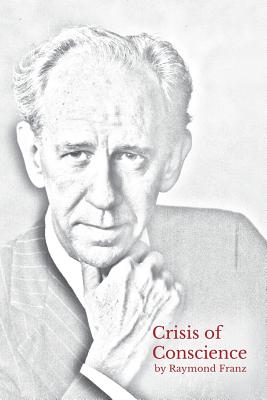 Crisis of Conscience presents the story of a struggle to prevent the erosion of a God-given freedom of conscience and the ensuing dilemma of choosing between loyalty to God and loyalty to one's religion.

Former member of the Governing Body of Jehovah's Witnesses, Raymond Franz delivers a rare glimpse into the inner workings of the Watch Tower Society. In response to extraordinary events, Franz tells a unique account of the decision-making sessions of this religion's inner council and the powerful, sometimes dramatic, impact their decisions have on Jehovah's Witnesses. Crisis of Conscience offers a penetrating view of the supreme council of this organization, the Governing Body and their life altering power over human lives.

While the events of Raymond Franz's departure from the Governing Body occurred in 1980, the organizational foundation and structure remains the same today, making this account relevant to a whole new generation.

Content: Raymond Franz, formerly a Governing Body member of Jehovah's Witnesses, shares an account that reveals the inner workings and the decision-making processes of that Body, offering a penetrating view of the life altering power they have over human lives. The final nine of his sixty years as one of Jehovah's Witnesses were spent on this central executive council. Those years led to his crisis of conscience, which is the theme of this book.

Based on the entire manuscript of Franz's 2008 printing of Crisis of Conscience, this fifth edition 2018, also includes:

Raymond Franz died in 2010, however in this re-publishing of Crisis of Conscience based on it's very last printing in 2008, the authors story, heart and expressions of his love for God and his fellow man remain with us.