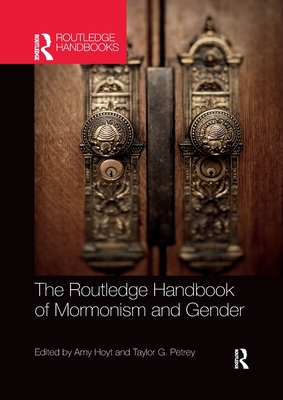 The Routledge Handbook of Mormonism and Gender is an outstanding reference source to this controversial subject area. Since its founding in 1830, the Church of Jesus Christ of Latter-day Saints has engaged gender in surprising ways. LDS practice of polygamy in the nineteenth century both fueled rhetoric of patriarchal rule as well as gave polygamous wives greater autonomy than their monogamous peers. The tensions over women's autonomy continued after polygamy was abandoned and defined much of the twentieth century. In the 1970s, 1990s, and 2010s, Mormon feminists came into direct confrontation with the male Mormon hierarchy. These public clashes produced some reforms, but fell short of accomplishing full equality. LGBT Mormons have a similar history. These movements are part of the larger story of how Mormonism has managed changing gender norms in a global context. Comprising over forty chapters by a team of international contributors the Handbook is divided into four parts:

The Routledge Handbook of Mormonism and Gender is essential reading for students and researchers in religious studies, gender studies, and women's studies. The Handbook will also be very useful for those in related fields, such as cultural studies, politics, anthropology, and sociology.

Amy Hoyt as Visiting Scholar of Religion at Claremont Graduate University, USA. Her work specifically focuses on issues of gender within Mormonism in North America and Africa. She has published in Feminist Theology, Mormon Studies Review, and Gender & History.Taylor G. Petrey is Associate Professor of Religion at Kalamazoo College, USA and editor of Dialogue: A Journal of Mormon Thought. He is the author of Tabernacles of Clay: Gender and Sexuality in Modern Mormonism (2020).