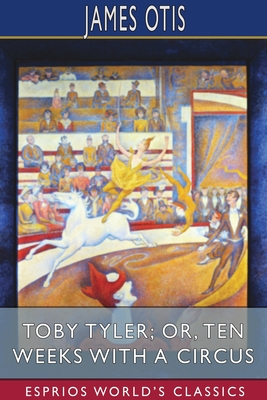 James Otis Kaler (1848-1912) was an American journalist and author of children's literature. He used the pen name James Otis. He got a job with the Boston Journal when he was in his teens. Later, he went on to work as a journalist or editor for various newspapers, a superintendent at schools, and a publicity man at a circus. In 1880, under the pen name James Otis, he authored his first children's book, Toby Tyler; or, Ten Weeks with a Circus, a story about an orphan who runs away to join the circus. Following the book's success he went on to author numerous other children's books. After spending several years in the southeastern states, he returned to Maine to become the first superintendent in South Portland.