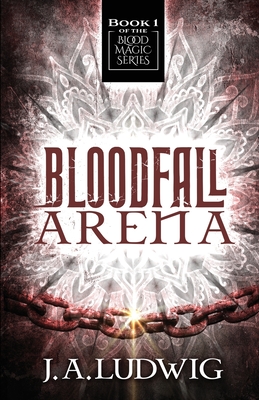 Taken from her home. Forced to fight for sport. Will a magician's thirst for adventure be quenched with blood?

Aya Flandeen's rare gift has always set her apart from the rest of her village. Though she yearns to venture into the outside world, she didn't expect her journey to start with a brutal slave-trader's raid. Revealing her powers to save the townsfolk, Aya's heroism ends in disaster when she's abducted and compelled to participate in a gladiatorial fight to the death.

Aya barely survives the brutal combat thanks to a surprising ally, a mysterious young man who also possesses a magical gift. But when a cruel king drops them both into a savage tournament, her only chance lies in teaming up with fellow captives to oppose the deadly beasts and assassins.

Can Aya lead a revolt and escape the violent contest?

Bloodfall Arena is the first book in the Blood Magic fantasy series. If you like strong female characters, epic struggles, and mesmerizing worlds, then you'll love J. A. Ludwig's tale of self-discovery.

Buy Bloodfall Arena and enter a realm you will never forget ﻿