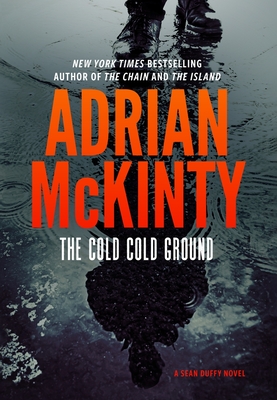 By Adrian McKinty
$15.95
Not available to order.

This is book number 1 in the Sean Duffy series.

“McKinty drew on his own childhood in war-torn Northern Ireland to write this police procedural featuring Sean Duffy, a Roman Catholic cop stationed in a small Protestant police station outside Belfast in 1981, who is assigned to solve a gruesome murder that may be the work of a serial killer. McKinty evokes the everyday life of a community that is never too far from a bomb blast. The dry humor of the police station and the smart, complicated character of Duffy himself add extra layers of interest. A brilliant writer at the top of his already formidable game!”
— Seana Graham, Bookshop Santa Cruz, Santa Cruz, CA

Northern Ireland, spring 1981. Hunger strikes, riots, power cuts, a homophobic serial killer with a penchant for opera, and a young woman's suicide that may yet turn out to be murder: on the surface, the events are unconnected, but then things--and people--aren't always what they seem. Detective Sergeant Duffy is the man tasked with trying to get to the bottom of it all. It's no easy job--especially when it turns out that one of the victims was involved in the IRA but was last seen discussing business with someone from the loyalist Ulster Volunteer Force. Add to this the fact that, as a Catholic policeman, it doesn't matter which side he's on, because nobody trusts him, and Sergeant Duffy really is in a no-win situation. Fast-paced, evocative, and brutal, The Cold Cold Ground is a brilliant depiction of Belfast at the height of the Troubles--and of a cop treading a thin, thin line.