Ranger of Taria: A Ranger's Revenge (A Tale of the Dwemhar Trilogy) (Paperback) 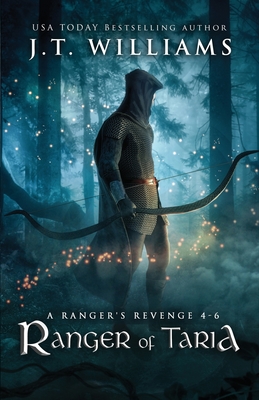 "Epic Fantasy at its best " ★★★★★
"The battles, the magic, the looming threat of the coming darkness ... this one gave me an almost Mistborn/Six of Crows feel"★★★★★
"...Three epic books. Three times the awesomeness.★★★★★

How far will a wayward Ranger go to save his only son?

Fadis the Ranger once served an evil king. Then he rebelled, ran, and lost everything he fought for in fire and blood... except his son. Hiding him with the elves he believed he could eventually return to be what he never was but he didn't expect the world he'd return to. When a chance encounter with a deadly rogue, her father, and a sickened dwarf that no magic can heal further spur Fadis towards the safety of elven lands, they find the way shut. Darkness is upon the woodland realm. Soon the Ranger is separated from his other companions, discovering a disastrous plot that threatens the Western lands and his lost son's home.

Elves, dwarves, and men are about to clash in a bloody war but it is from the twilight realm of shadows that their true enemy awakens. Fadis must gain the trust of the very elves who may be the only ones able to stop this tragedy... but will his son even care he has returned after so long?

Grab this boxset special edition of the Ranger's Revenge ebooks and get ready for an explosive ride of archery, magic, assassins, and the harrowing battles of the Stormborn Saga world