Our Souls at Night (Compact Disc) 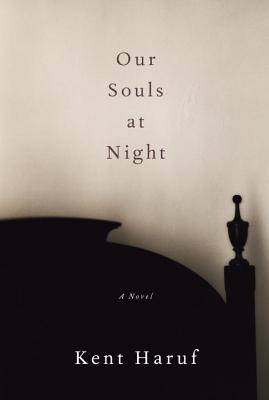 “In his final novel, Haruf once again casts an aura of spiritual resonance over the small town of Holt, Colorado. When an elderly woman proposes to her equally old male neighbor that they spend their nights together in conversation, chastely, yet sharing her bed in slumber, the talk among townsfolk begins to stir. Neither Addie Moore nor Louis Waters will allow slurred observations to impact what, for them, has become a blessing encompassing memories and the comfort of having the warmth of another body close on cold and lonely nights. Matters take a dramatic turn, however, with the arrival of Addie's grandson, Jamie. His presence in the ongoing arrangement brings the inevitable question of moral behavior to the surface. As in a minister's benediction, Haruf extends a wise and compassionate resolution to this story, the quintessence of his life's work.”
— Mark Ingraham, Powell's Books, Inc, Portland, OR

A spare yet eloquent, bittersweet yet inspiring story of a man and a woman who, in advanced age, come together to wrestle with the events of their lives and their hopes for the imminent future. In the familiar setting of Holt, Colorado, home to all of Kent Haruf's inimitable fiction, Addie Moore pays an unexpected visit to a neighbor, Louis Waters. Her husband died years ago, as did his wife, and in such a small town they naturally have known of each other for decades; in fact, Addie was quite fond of Louis's wife. His daughter lives hours away in Colorado Springs, her son even farther away in Grand Junction, and Addie and Louis have long been living alone in houses now empty of family, the nights so terribly lonely, especially with no one to talk with. Their brave adventures--their pleasures and their difficulties--are hugely involving and truly resonant, making Our Souls at Night the perfect final installment to this beloved writer's enduring contribution to American literature. From the Hardcover edition.

KENT HARUF is the author of The Tie That Binds, Where You Once Belonged, Plainsong, Eventide, and Benediction. (And, with the photographer Peter Brown, West of Last Chance.) He died in November 2014, at the age of 71.