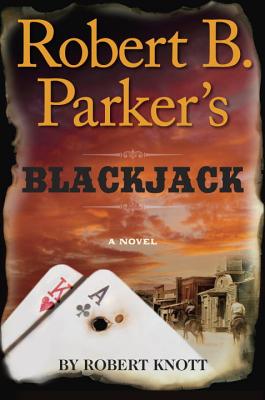 By Robert Knott
$27.00
Backordered. Place an order and we will let you know when to expect your book.

This is book number 4 in the Cole and Hitch Novel series.

Appaloosa, the hometown of Territorial Marshals Virgil Cole and Everett Hitch, continues to prosper, but with prosperity comes a slew of new trouble: carpetbaggers, gamblers, migrants, peddlers, drifters, thieves, and whores, all boiling in a cauldron of excess and greed. And there's a new menace in town: a wealthy, handsome easterner--and the owner of Appaloosa's new casino--Boston Bill Black. Boston Bill is flashy and bigger than life. He's a prankster and a notorious womanizer, and with eight notches on the handle of his Colt, he's rumored quick on the draw. When he finds himself wanted for a series of murders, he quickly vanishes. Cole and Hitch locate and arrest him, but Boston Bill escapes once again. Another murder sets the duo on his trail, eventually taking them back to Appaloosa--where one woman in particular may, or may not, prove to be the apple of Boston Bill's eye.