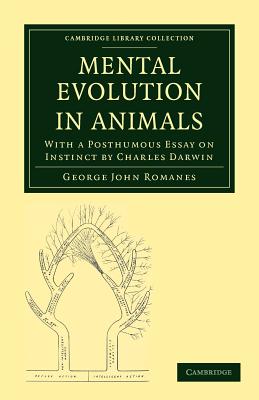 George John Romanes (1848-94), considered by The Times to be 'the biological investigator upon whom in England the mantle of Mr. Darwin has most conspicuously descended', wrote this influential work on the evolution of the mental faculties of animals in 1883. The two scientists were close friends, and Darwin gave Romanes his notes on psychology to use in his studies. Much of the book is devoted to instinct, and contained in the appendix is a posthumous essay by Darwin on the subject, originally intended for a later edition of On the Origin of Species. Romanes' method of using anecdotal evidence over empirical research has been criticised, but this book stands as an influential work in the history of evolutionary biology; it was followed in 1888 by his Mental Evolution in Man (also reissued in this series), which discussed some of the most important issues of nineteenth-century evolutionary psychology.