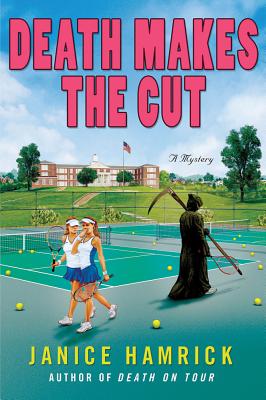 By Janice Hamrick
Unavailable. Orders will be auto-cancelled.

This is book number 2 in the Jocelyn Shore Mysteries series.

The first bell of the new school year hasn't even rung, and Texas high school teacher Jocelyn Shore is already at the scene of a murder. Friend and fellow teacher Fred Argus has been found dead on campus, and it isn't long before the annoying, albeit attractive, Austin police detective Colin Gallagher uncovers evidence that Fred might have been selling drugs to students. Shocked by her loss as well as the insinuation that Fred was a dealer who got what he deserved, Jocelyn starts asking the kinds of questions guaranteed to set fellow teachers, administrators, and parents on edge.

With the school serving as the setting for a big-time director's latest film, her investigation could hardly have come at a worse time. Jocelyn, however, finds clearing her friend's name far more important than the needs of a pesky movie crew and doesn't care who knows it. But it's only when she's attacked while on set that she realizes someone is determined to make sure the secrets hidden by Fred's death remain hidden no matter what the cost.

Janice Hamrick is the author of two titles in her Jocelyn Shore mystery series. The first, "Death on Tour," was the winner of the Minotaur Books/Mystery Writers of America First Crime Novel Competition, a finalist for the Mary Higgins Clark Award, and a nominee for the Romantic Times Reviewers' Choice Awards Best First Mystery. She lives in Austin, Texas.

Praise for Death Makes the Cut


“Comical (you’ll laugh out loud) and clever (you’ll be misdirected by Hamrick), Death Makes the Cut fulfills the promise of its predecessor and embellishes the author’s reputation as a fine practitioner of the genre.”
--Richmond Times Dispatch

“Jocelyn’s appealing first-person narration, romantic complications, and plenty of humor add to the mystery, which will appeal to fans of Chris Cavender’s Pizza Lovers series.”
--Booklist

“The cast of characters provides both pleasant entertainment and enough suspects to yield a challenging mystery.”
--Kirkus Reviews

Praise for Death on Tour

“Death on Tour is fun, romantic, and delightful, and full of fascinating bits about ancient Egypt.”
---The Plain Dealer (Cleveland)

“A classy whodunit, Death on Tour also offers a trove of Egyptology and a wealth of humor---Christie’s characters were never this smart-alecky. Hamrick plays fair with clues, and the alert reader has a fighting chance of identifying the culprit from among the cast of suspects.”
---Richmond Times-Dispatch

“Hamrick does a good job capturing life on an exhausting budget tour as her snazzy if snarky amateur sleuth . . . investigates some fishy fellow tourists.”
---Publishers Weekly

“The cozy mystery was once limited to adorable English villages and the like, but it long ago outgrew its traditional boundaries. Janice Hamrick’s Death on Tour is a charming example.”
---The Seattle Times