You're Next: A Thriller (Mass Market) 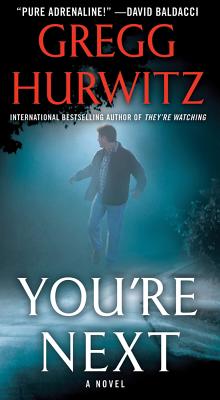 By Gregg Hurwitz
$9.99
Not available to order.

Mike Wingate had a rough childhood—-he was abandoned at a playground at four years old and raised in foster care. No one ever came to claim him, and he has only a few, fragmented memories of his parents. Now, as an adult, Mike is finally living the life he had always wanted—-he's happily married to Annabel, the woman of his dreams; they have a wonderful young daughter; and his successful construction company guarantees a solid future for them all. Until Mike's past comes back to haunt him.

Menacing characters are starting to surface in Mike's life…and when he reports them, the police seem more interested in Mike's murky origins than in protecting the family he has now. With no one left to turn to, Mike calls on Shep, a truly dangerous man—and Mike's only true friend—-from their childhood days together in foster care. Together, the two of them will do whatever it takes to protect Mike and his loved ones against a hidden enemy who comes with a deadly warning: You're Next…

“A tour de force in all respects…You're Next has the sense of a writer scraping ambitiously for more, something great, and finding his way there in almost magical fashion. All great thrillers make you think, but this one makes you feel as well.” —Providence Journal

“Gregg Hurwitz sets up a compelling puzzle…Readers will be satisfied with and surprised by the conspirators.” —USA Today