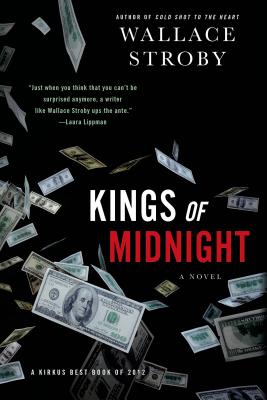 This is book number 2 in the Crissa Stone Novels series.

Career criminal Crissa Stone has pulled some impressive heists by keeping her mouth shut and her temper in check. Still, as good as she is, she wants out of the life. All she needs is one last big score, enough to bribe her lover's way out on parole and get her daughter back. However, things keep going wrong, like when her last two partners lost their cool and fought over the take instead of walking away $150K richer. The mess they made of the job and each other has put her on the run again.

She's not the only one. Benny Roth, a former mobster, has been straight for years, but now he has his own problems. A face from the past has popped up to tell him that boss Joey Dio is finally dead and to ask about the five million dollars that Joey is rumored to have stashed away years ago. Benny denies knowing anything about it and claims he's out of the business. But he might be willing to risk almost everything for one last shot.

With the law and mobsters on the lookout and five million dollars on the line, it isn't long before Crissa and Benny find themselves on a collision course that neither can avoid. This hard-boiled world, where the stakes and the risks are always high, unfolds at breakneck speed in "Kings of Midnight, "another dark and thrilling masterwork of crime fiction from Wallace Stroby.

WALLACE STROBY is an award-winning journalist and a former editor at The Star-Ledger in Newark, New Jersey. Kings of Midnight is his fifth novel, following the acclaimed Cold Shot to the Heart. He lives in New Jersey. The Crissa Stone novels are in development for a TV series by Showtime.

“[The] power lies in Wallace Stroby’s uncannily exact imagery, precise language, and narrative credibility . . . There’s not a word out of place, no detail that isn’t essential to the story . . . Stroby has risen to the top of his field.” —Los Angeles Review of Books


“As coolly efficient and professional as its heroine, this thriller evokes Donald Westlake’s Parker novels with lean storytelling that pauses only for meticulously detailed descriptions of criminals at work or in conflict.” —Publishers Weekly

“Once again Stroby demonstrates how adept he is at making readers empathize with the essentially unworthy.” —Kirkus Reviews