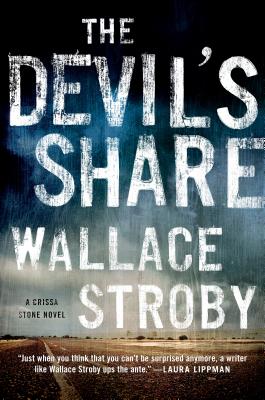 By Wallace Stroby
Unavailable. Orders will be auto-cancelled.

This is book number 4 in the Crissa Stone Novels series.

It's been a year since professional thief Crissa Stone last pulled a job, and she's spent that time under the radar, very carefully not drawing attention to herself. That kind of life is safe, but it's boring, and it's lonely, and it's not very lucrative. So when Crissa starts to get antsy—and low on funds—she agrees to act as a thief-for-hire, partnering with a wealthy art collector to steal a truckload of plundered Iraqi artifacts before they're repatriated to their native country. But what's supposed to be a "give-up" robbery with few complications quickly turns deadly. Soon Crissa is on the run again, with both an ex-military hit squad and her own partners-in-crime in pursuit. And what should be the easiest job of her career—robbing a man who wants to be robbed—might just turn out to be the most dangerous.

WALLACE STROBY is an award-winning journalist and a former editor at The Star-Ledger in Newark, New Jersey. He is the author of books including Cold Shot to the Heart, Gone 'til November, and The Barbed-Wire Kiss. He lives in New Jersey.

“[Stroby] is excellent at plotting very fast-paced action and making readers wonder if any loyalties will survive the heist.” —New Jersey Star Ledger

“Stroby’s prose is predictably lean and edgy. His Iraq War premise has plausibility, and his characters are all well sketched. Stroby is regularly compared to Elmore Leonard and other greats of hard-boiled crime, and The Devil’s Share will only burnish that reputation.” —Booklist

“A classic of the genre…This taut story has no wasted words, and it packs a singular punch.” —Bookpage