The Red Storm: A Mystery (Hardcover) 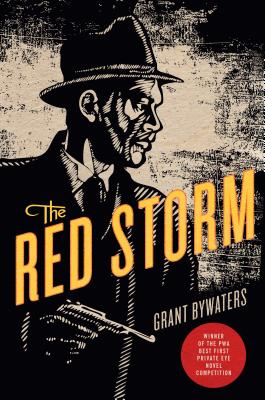 By Grant Bywaters
Unavailable. Orders will be auto-cancelled.

Newly-minted private investigator William Fletcher is having trouble finding clientele. He's not the only man out of work, but his past as a former heavyweight contender with a few shady connections-not to mention the color of his skin in race-obsessed New Orleans-isn't helping lure clients to his door. Stuck without any viable alternative, he takes a case from an old criminal acquaintance, Storm. His only client assures him that the job is simple-locate his missing estranged daughter, Zella, no questions asked.

But when Fletcher starts knocking on doors, he sets off a catastrophic chain of events that turn the city into a bloody battleground between two rival syndicates. Then Storm is murdered and Fletcher finds himself caught between the police and dangerous mobsters. With Zella's safety in the balance, the unlikely private detective finds himself with a lot more than he bargained for.

The Red Storm is the first novel from licensed private investigator-turned-novelist Grant Bywaters.

GRANT BYWATERS has worked as a licensed private investigator. He now works security at the Portland Airport. He is currently finishing his Bachelor’s degree in psychology at Portland State University. Bywaters currently lives in Beaverton, Oregon. The Red Storm is his first novel.

"[A] promising debut... Bywaters edges near Hammett territory with this unassuming hero who stoically accepts that, even though the odds are heavily stacked against him, he still needs to go on doing the best he can."—Publishers Weekly

"This debut novel introduces an African-American boxer-turned-shamus struggling to ply his trade in Depression-era New Orleans...The best things here are Fletcher's detailed, precise first-person descriptions of boxing and slugging and his accounts of the racism to which he's routinely subjected."—Kirkus Reviews

“A hardened P.I. with a touch of soul, authentic fight scenes, and evocative descriptions of rough-and-tumble 1930s New Orleans should cause lovers of historical mysteries to race to pick up this noir gem. This one's a knockout.” —Layton Green, internationally bestselling author of The Dominic Grey series

“The Red Storm is a solid, hard-hitting (in more ways than one) debut. The New Orleans period background is very well done, the characters and story compelling. A hearty welcome to Grant Bywaters and William Fletcher. I look forward to their next.” —Bill Pronzini, MWA Grand Master and Shamus award-winning author of the Nameless Detective series