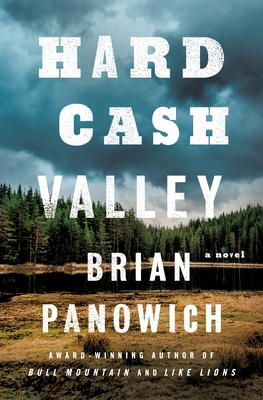 By Brian Panowich
$26.99
Not available to order.

MARILYN STASIO, THE NEW YORK TIMES BOOK REVIEW – ONE OF THE 10 BEST CRIME NOVELS OF THE YEAR

"The plotting is skilled, as is the sleuthing, and the landscape is stunning. But it’s the hard-jawed characters, with their tough talk and scarred souls, who really get under your skin.” — Marilyn Stasio, The New York Times Book Review

Dane Kirby is a broken man and no stranger to tragedy. As a life-long resident and ex-arson investigator for McFalls County, Dane has lived his life in one of the most chaotic and crime-ridden regions of the south. When he gets called in to consult on a brutal murder in a Jacksonville, Florida, motel room, he and his FBI counterpart, Special Agent Roselita Velasquez, begin an investigation that leads them back to the criminal circles of his own backyard.

Arnie Blackwell’s murder in Jacksonville is only the beginning – and Dane and Roselita seem to be one step behind. For someone is hacking a bloody trail throughout the Southeast looking for Arnie’s younger brother, a boy with Asperger’s Syndrome who possesses an unusual skill with numbers that could make a lot of money and that has already gotten a lot of people killed—and has even more of the deadliest people alive willing to do anything it takes to exploit him.

As Dane joins in the hunt to find the boy, it swiftly becomes a race against the clock that has Dane entangled in a web of secrets involving everyone from the Filipino Mafia to distrusting federal agents to some of hardest southern outlaws he’s ever known.

Brian Panowich is an award winning author, a Georgia firefighter, and a father to four incredible children. His first novel, Bull Mountain, was a Los Angeles Times Book Prize finalist, ITW Thriller Award winner for Best First Novel, Southern Book Prize winner, and a finalist for both the Anthony and the Barry Awards. He lives in Georgia with his family.

"Mr. Panowich, as he did in his previous novels, depicts his Southern terrain well.... There is more mayhem to come, as well as jaw-dropping twists." — The Wall Street Journal

“[D]electable rural noir . . . Panowich’s prose is languid and easygoing as a back-county road . . . Good rural mysteries excel at showing how both the land and the law that governs it are deeply personal, and Panowich knows the residents of the Georgia foothills down to his bones. Perfect for fans of Attica Locke or Laura McHugh.” — Library Journal (starred review)

“Early in Panowich’s gritty, pull-no-punches third thriller set in Georgia’s McFalls County (after 2019’s Like Lions), two thugs corner Arnie Blackwell, who has just arrived in Jacksonville, Fla., with a suitcase full of cash, in Arnie’s motel room . . . The violent search by Arnie’s killers doesn’t end with his death. The suspenseful plot is enhanced by Panowich’s gifts at making even walk-on characters memorable. Fans of Ace Atkins’s Quinn Colson series will be pleased.” — Publishers Weekly

“This is country noir with a bite as sharp as a rattler's.” — AARP

“The action is fierce, the characters are brutal, the dialogue is filthy and the writing is so good it brings hot tears to your eyes.” —Marilyn Stasio, The New York Times Book Review

"A book filled with unforgettable characters and a tension that heightens with every chapter." —The Wall Street Journal

“Brian Panowich makes a triumphant return to Bull Mountain, Georgia, in his second novel, “Like Lions,” as he continues to mix crime fiction with a violent family drama, perfectly melding characters with a sense of place . . . “Like Lions” moves at a brisk clip, leading to a stunning, yet believable, finale.” —Associated Press

"This is hillbilly noir at its finest.” —Publishers Weekly, starred review

“Brian Panowich’s glorious return to Bull Mountain is another sprawling, brutal, no-holds-barred novel that held me in a death grip from page one until it kicked me out of the door with an ending I never saw coming.”—C.J. Box