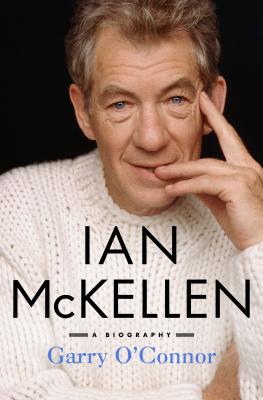 The definitive biography of Sir Ian McKellen from an acclaimed biographer

In 2001, Ian McKellen put on the robe and pointed hat of a wizard named Gandalf and won a place in the hearts of Tolkien fans worldwide. Though his role in the film adaptation of Lord of the Rings introduced him to a new audience, McKellen had a thriving career a lifetime before his visit to Middle Earth. He made his West End acting debut in 1964 in James Saunders’s A Scent of Flowers, but it was in 1980 that he took Broadway by storm when he played Antonio Salieri in Peter Shaffer’s Tony-Award-winning play Amadeus.

He has starred in over four hundred plays and films and he is that rare character: a celebrity whose distinguished political and social service has transcended his international fame to reach beyond the stage and screen. The breadth of his career—professional, personal and political—has been truly staggering: Macbeth (opposite Judi Dench), Iago, King Lear, Chekhov’s Sorin in The Seagull and Becket’s tramp Estragon (opposite Patrick Stewart) in Waiting for Godot. Add to all this his tireless political activism in the cause of gay equality and you have a veritable phenomenon. Garry O’Connor’s Ian McKellen: A Biography probes the heart of the actor, recreating his greatest stage roles and exploring his personal life. Ian McKellen will show readers what makes a great actor tick. His life story has been a constantly developing drama and this biography is the next chapter.

Garry O'Connor is a biographer and novelist, noted for his publications on theatrical and literary figures. He has written acclaimed biographies of Laurence Olivier, Ralph Richardson, Paul Scofield, Peggy Ashcroft and Alec Guinness. O'Connor has written and presented programmes for radio, including Campion's Ghost for Radio 4, adapted from his novel about John Donne.