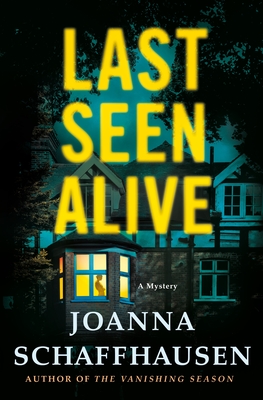 This is book number 5 in the Ellery Hathaway series.

Boston detective Ellery Hathaway met FBI agent Reed Markham when he pried open a serial killer’s closet to rescue her. Years on, their relationship remains defined by that moment and by Francis Coben’s horrific crimes. To free herself from Coben’s legacy, Ellery had to walk away from Reed, too. But Coben is not letting go so easily. He has an impossible proposition: Coben will finally give up the location of the remaining bodies, on one condition—Reed must bring him Ellery.

Now the families of the missing victims are crying out for justice that only Ellery can deliver. The media hungers for a sequel and Coben is their camera-ready star. He claims he is sorry and wants to make amends. But Ellery is the one living person who has seen the monster behind the mask and she doesn’t believe he can be redeemed. Not after everything he’s done. Not after what she’s been through. And certainly not after a fresh body turns up with Coben’s signature all over it.

"Beautifully crafted...Schaffhausen has set a new standard for how such books can, and perhaps often should, be written."—Associated Press

"The suspenseful plot builds to a stunning finale...Readers will be eager to see what happens next."—Publishers Weekly (starred review)

"The plot twists and turns, leaving readers uncertain about whom to root for right up to the end."—Library Journal

Praise for Every Waking Hour:

"A tension-filled investigation filled with twists that readers are unlikely to see coming. Schaffhausen spins her yarn with clear, concise prose that keeps the plot moving at a torrid pace." —Associated Press