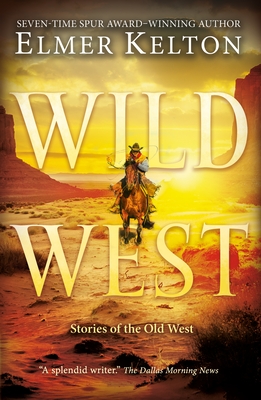 From rodeos to rustlers, from ranch life to the outlaw trail, Elmer Kelton’s take on the human condition shows us life in Texas as it was back then: simpler, but harder, with danger always present. Readers will meet several unforgettable characters, including a young veteran who overcomes his PTSD to fight a fire ravaging his town, a sheriff who continues to chase bandits despite having lost his job, and a frontier housewife who refuses to let her home be held hostage by dangerous criminals—even when all seems lost. Equally fascinating are the rancher and his wife who protect their adopted son when his abusive biological father returns unexpectedly, and the two women whose argument over a prospective lover leads to a no-holds-barred rodeo barrel race.

As in all of Elmer Kelton’s work, readers will, once again, encounter the timeless strength of the human heart and the human spirit when everything else has gone awry. Filled with adventure and imbued with a love of the time, the people, and the place, these stories take us from the earliest days of the Wild West well into the twentieth century, each one embodying a passion for life that’s as wide as Texas sky.

“Voted ‘the greatest Western writer of all time’ by the Western Writers of America, Kelton creates characters more complex than L’Amour's.”
—Kirkus Reviews

“You can never go wrong if . . . you pick up a title by Elmer Kelton.”
—American Cowboy

“A genuine craftsman with an ear for dialogue and, more importantly, an understanding of the human heart.”
—Booklist