The Cowboy Way: Stories of the Old West (Hardcover) 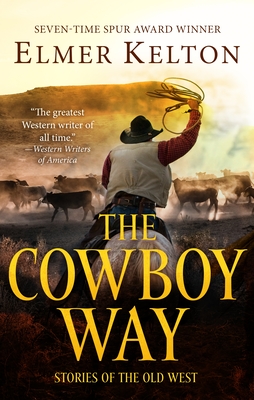 No one writes the old west like Seven-time Spur Award-winning author Elmer Kelton. In The Cowboy Way, Kelton captures the action, adventure, brotherhood and betrayal of the old west, chronicling the highs and lows of cowboy life in these sixteen stories, collected together for the first time.

Praise for The Cowboy Way

“Texas as a myth looms large in the American psyche. The late Kelton perfected that myth... the storylines vary, each one is tinged with nostalgia—which might be exactly what readers are looking for from such a timeless author.”
—Booklist

“You can never go wrong if .. . you pick up a title by Elmer Kelton.”
—American Cowboy

“One of America’s premier Western writers.”
—The Dallas Morning News