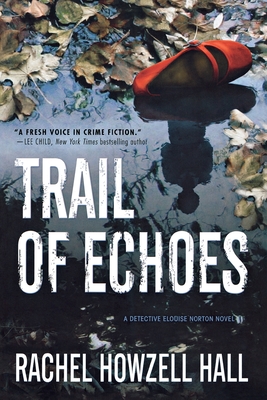 This is book number 3 in the Detective Elouise Norton series.

RACHEL HOWZELL HALL is the author of the acclaimed Lou Norton series, the standalone thriller They All Fall Down, and co-author of The Good Sister with James Patterson, which appeared in the New York Times bestselling anthology The Family Lawyer. She is the senior development officer for the Donor Relations Department at Cedars Sinai. Currently she serves on the Board of Directors for the Mystery Writers of America, is a member of Sisters in Crime, and has participated as a mentor in the Association of Writers and Writing Programs’ Writer-to-Writer Program. She lives in Los Angeles.

"Hall deserves to be compared to Kathy Reichs or Patricia Cornwell, and it will not be long before she is recognised as every bit as big a crime writing star."--Daily Mail (UK)