Shadow of the Fox (Hardcover) 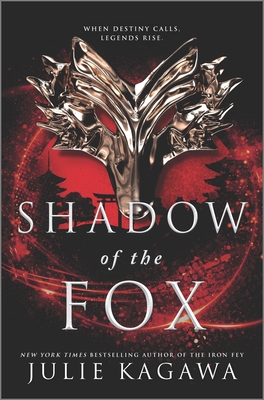 In this first book of her Japanese mythology-inspired Shadow of the Fox trilogy, bestselling author Julie Kagawa weaves a stunning, high-stakes tale of alliances and deceptions, characters who aren't what they seem, and secrets that could change the fate of the world. Every millennium, whoever holds the Scroll of a Thousand Prayers has the power to call the great Kami Dragon from the sea and ask for one wish. The time is near...and the missing pieces of the scroll will be sought throughout the land of Iwagoto. When demons kill half-kitsune Yumeko's adoptive family, she's forced to flee her home with one part of the ancient scroll. Fate thrusts her into the path of mysterious samurai Kage Tatsumi, who is Yumeko's best hope for survival. But he's under orders to retrieve the scroll. An uneasy alliance forms, and Yumeko begins the deception of a lifetime, knowing her secrets are more than a matter of life or death--they're the key to the fate of the world. Books in the Shadow of the Fox trilogy:
Shadow of the Fox
Soul of the Sword
Night of the Dragon