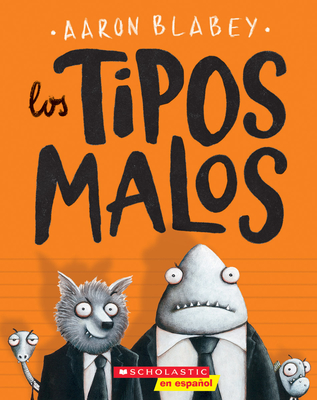 By Aaron Blabey, Aaron Blabey (Illustrator)
$5.99
Out of Stock; Usually Arrives in 5-7 Days

This is book number 1 in the Los tipos malos series.

They sound like bad guys, they look like bad guys . . . and they even smell like bad guys. But Mr. Wolf, Mr. Piranha, Mr. Snake, and Mr. Shark are about to change all of that...
Mr. Wolf has a daring plan for the Bad Guys' first good mission. They are going to break two hundred dogs out of the Maximum Security City Dog Pound. Will Operation Dog Pound go smoothly? Will the Bad Guys become the Good Guys? And will Mr. Snake please stop swallowing Mr. Piranha?!

Aaron Blabey was an actor before he started creating children's books. In 2008, Pearl Barley and Charlie Parsley was awarded Children's Book Council of Australia's Book of the Year. In 2012, The Ghost of Miss Annabel Spoon was named a White Raven by the International Youth Library, Munich, Germany. It also won the Patricia Wrightson Prize in the 2013 New South Wales Premier's Literary Awards, and the Children's Peace Literature Award, 2013. And now The Bad Guys has won Australia's Children's Indie Book Award for 2016! He is also the author of many children's picture books, including the bestselling Pig the Pug series and Thelma the Unicorn. Aaron lives with his two children and his wife in Sydney, Australia.