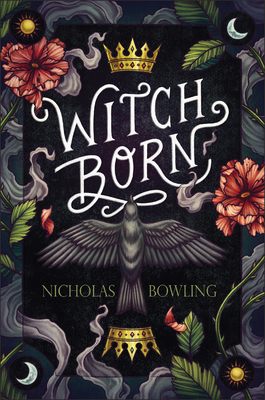 Two queens, two religions, two visions for the future of the nation. Fleeing to London with a witch hunter on her trail, Alyce discovers her own dark magic and lands herself embroiled in the struggle.
Alyce's mother has just been burnt at the stake for practicing witchcraft. With only a thin set of instructions and a witch's mommet for guidance, Alyce must face the world that she's been sealed off from -- a world of fear and superstition. With a witch hunter fast on her trail, she'll need the help of an innkeeper and a boy looking to discover the truth behind his own mother's past.

But as her journey continues, another war rages: a hidden war of the supernatural, of the living and the dead. Good and evil are blurred, and nobody's motives can be trusted. And Alyce finds herself thrown unwillingly into the conflict. Struggling to understand her own powers, she is quickly drawn into a web of secret, lies, and dark magic that could change the fate of the world she is just coming to know.

This dark, twisty, and thrillingly original debut will leave readers entranced in its suspenseful plot and rich prose.

Nicholas Bowling is an author, stand-up comic, musician, and Latin teacher from London. He graduated from Oxford University in 2007 with a BA in Classics and English, and again in 2010 with a Masters in Greek and Latin Language and Literature, before moving to his first teaching job at Trinity School, Croydon. While writing Witchborn, he also performed a solo show at the Edinburgh festival, and has co-written, recorded and released an album and two EPs with soul-folk singer Mary Erskine, Me For Queen. Witchborn is his debut novel.

"The auothor is one to watch." -- Historical Novel Association

"... this is a wonderfully twisty and atmospheric fantasy ... One not to miss." -- Fiona Noble, The Bookseller

"By the final chapter each thread has been skillyfully unravelled... Nicholas Bowling is a thrilling writer who keeps the reader permanently on edge." -- Telegraph