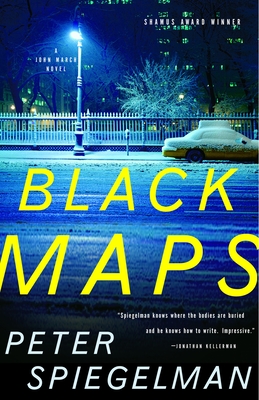 By Peter Spiegelman
$15.95
On Our Shelves Now

This is book number 1 in the John March Series series.

John March walked away from his family’s merchant bank for the life of a rural deputy sheriff–a life that would explode in personal tragedy and professional disaster. Three years later, March is back in New York City, working as a private investigator and still running from his grief and guilt. When he takes the case of Rick Pierro, a wealthy investment banker threatened by blackmail, March is swiftly drawn into a web of Wall Street insiders and outcasts, and back to a world he thought he’d left behind. The more he learns about Pierro’s connections to a notorious international bank that made billions in blood-money, the darker the terrain becomes. Soon March’s own life is in danger, as he follows a trail of blood and shattered lives to a ruthless and depraved extortionist.

In this thrilling and intelligent debut, Peter Spiegelman illuminates the dark underside of the financial world and introduces one of the most compelling fictional detectives of the new millennium.

Peter Spiegelman is a veteran of more than twenty years in the financial services and software industries and has worked with leading financial institutions in major markets around the globe.  Mr. Spiegelman retired in 2001 to devote himself to writing. He is also the author of Death's Little Helpers. He lives in Connecticut.

“Spiegelman knows where the bodies are buried and he knows how to write. Impressive.”– Jonathan Kellerman

"John March is one of the most intriguing new P.I.s to come along in quite some time."- Publishers Weekly

"A stunner... [It] keeps readers in the dark until the very last page. Suspenseful narrative, superb characters, and a prevailing atmosphere of Chandler-esque melancholy. . .to ask for more in a mystery would be criminal.”– Newsday

“A first-rate thriller from a first-rate novelist.” --Rocky Mountain News

“Spiegelman has a fine eye for the details of Manhattan corporate life . . . An important and facinating book.” --Chicago Tribune


"Engrossing... from the first growls of its take-no-prisoners narrator, all the way to the vivid financial details that only an insider can deliver."-  Brad Meltzer