Ignore Everybody: And 39 Other Keys to Creativity (MP3 CD) 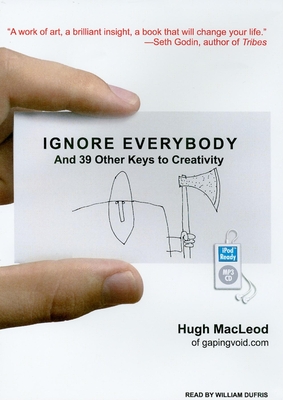 By Hugh MacLeod, William Dufris (Narrated by)
$19.99
Email or call for price.