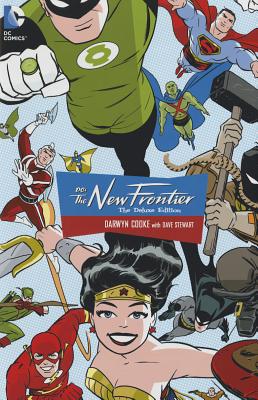 Darwyn Cooke is an Eisner Award-winning cartoonist and animator. After spending several years as a magazine art director and graphic designer, Cooke switched careers and began working in animation, where he contributed to such shows as "Batman: The Animated Series, Superman: The Animated Series" and "Men In Black: The Series." From there, DC Comics approached Cooke to write and illustrate a project that the artist had submitted to the company years earlier: BATMAN: EGO. The critical success of the title led to more freelance work, including the relaunch of the CATWOMAN series with writer Ed Brubaker (which inspired Cooke to write and draw the graphic novel CATWOMAN: SELINA'S BIG SCORE).

Cooke then spent several years writing and drawing the ambitious epic THE NEW FRONTIER, a six-issue miniseries bridging the gap between the end of the Golden Age of comics and the beginnings of the Silver Age. He is the writer/artist of BEFORE WATCHMEN: MINUTEMEN and co-writer of BEFORE WATCHMEN: SILK SPECTRE. Currently he is working on a series of best-selling graphic novel adaptations of Richard Stark's hard-boiled "Parker" crime series.