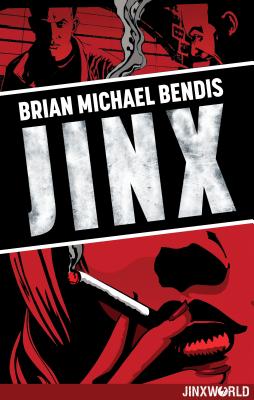 In Jinx, a female bail agent, a low-level confidence man and his loose-cannon sidekick form an unlikely alliance to track down the ultimate score--a hidden stash of life-altering, untraceable mob cash.

For this hard-luck trio, however, the old saying "more money, more problems" will prove to be disturbingly prophetic.

Written and illustrated by Brian Michael Bendis, the Eisner and Peabody award-winning talent behind Powers and Ultimate Spider-Man, this innovative crime comic is part of a remarkable run of groundbreaking black-and-white graphic novels that launched his legendary career.

Brian Michael Bendis is an award-winning comics creator, New York Times bestseller and one of the most successful writers working in mainstream comics. In his 20 years at Marvel Comics, he produced some of the greatest graphic novels the publisher has ever seen, including Daredevil, Ultimate Spider-Man, New Avengers, House of M, Secret Invasion, Avengers: Age of Ultron, Alias, All-New X-Men, Uncanny X-Men, Iron Man, Guardians of The Galaxy and many more. Bendis is also known for his the creator-owned works, including Powers, Scarlet, Brilliant, Goldfish, Fire, Jinx and Torso. He lives in Portland, OR with his family.