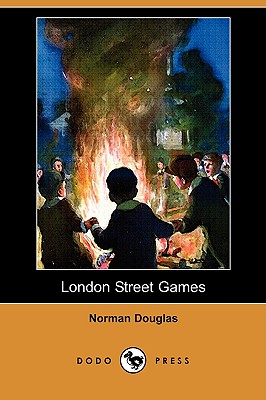 George Norman Douglas (1868-1952) was a British writer, now best known for his 1917 novel South Wind. His first book publication, Unprofessional Tales (1901) was written under the pseudonym Normyx. He moved to Capri, spending time there and in London, and became a more committed writer. South Wind (1917) remains Douglass most famous work; however it has been argued that his best work was in his travel books which combine erudition, insight, whimsicality and some fine prose. These works include Siren Land (1911), Fountains in the Sand, described as rambles amongst the oases of Tunisia (1912), Old Calabria (1915), Together (Austria) (1923) and Alone (Italy) (1921). In the 1920s, perhaps piqued by D. H. Lawrences success with Lady Chatterley, Douglas published Some Limericks, an anthology of more-or-less obscene limericks with a mock-scholarly critical apparatus. This classic (of its kind) has been frequently republished, often without acknowledgement in pirate editions. His other works include London Street Games (1916), They Went (1920), Nerinda (1929), One Day (1929), and Birds and Beasts of the Greek Anthology (1927).