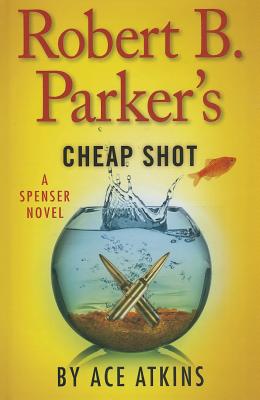 By Ace Atkins
Out of Print

The iconic, tough-but-tender Boston PI Spenser returns in an outstanding new addition to the "New York Times"-bestselling series from author Ace Atkins.
Kinjo Heywood is one of the New England Patriots' marquee players--a hard-nosed linebacker who's earned his reputation as one of the toughest guys in the league. When off-field violence repeatedly lands Heywood in the news, his slick agent hires Spenser to find the men who he says have been harassing his client.
Heywood's troubles seem to be tied to a nightclub shooting from two years earlier. But when Heywood's nine-year-old son, Akira, is kidnapped, ransom demands are given, and a winding trail through Boston's underworld begins, Spenser puts together his own all-star team of toughs. It will take both Hawk and Spenser's protege, Zebulon Sixkill, to watch Spenser's back and return the child to the football star's sprawling Chestnut Hill mansion. A controversial decision from Heywood only ups the ante as the clock winds down on Akira's future.

Robert B. Parker was the author of more than fifty books. He died in January 2010.

Ace Atkins is the Edgar-nominated author of fifteen books, including the forthcoming Quinn Colson novel "The Forsaken. "Selected by the Robert B. Parker estate to continue the Spenser novels, he has also written "Robert. B. Parker's Lullaby "and "Robert B. Parker's Wonderland," both of which were "New York Times "bestsellers. He lives in Oxford, Mississippi.