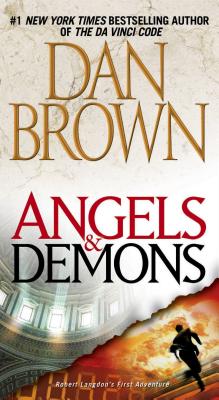 Angels & Demons careens from enlightening epiphanies to dark truths as the battle between science and religion turns to war. This is the book that started it all: we meet Robert Langdon for the first time, caught up in a race against time to find an apocalyptic time-bomb, planted by an ancient secret society that has surfaced to carry out its ultimate threat: to destroy the Vatican.