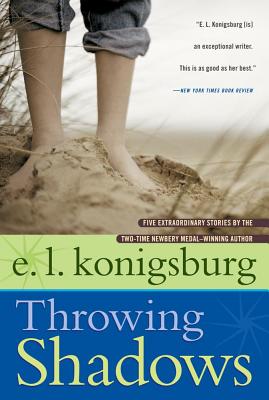 ' A store manager accuses a boy of shoplifting

' A tour guide strikes a bargain with an enterprising orphan

in an old folks' home

' A widow and her son seize an opportunity presented

by a pair of antiques dealers

In each of these extraordinary short stories from the perceptive pen of E. L. Konigsburg, a chance meeting between two people casts a shadow on what things have been and what they can become, and changes a life forever.

"five short stories...all crisp and compactly tailored in setting forth their common theme of self-awareness."