Common Sense, Rights of Man, and Other Essential Writings of Thomas Paine (Paperback) 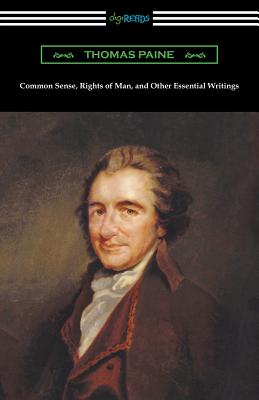 This volume collects together the most important writings of founding father Thomas Paine. First published on January 10, 1776, "Common Sense" was one the most influential and best-selling works from the colonial period. One of the central political arguments amongst the colonists of the pre-revolutionary period was whether or not they should seek freedom from British rule. In "Common Sense", Paine provided a straightforward argument to the American people as to why they should seek independence. Second in this volume is "The Crisis", a collection of pamphlets published during the American Revolutionary war which were meant to inspire the soldiers and reinforce the reasons for the fight. Third is the "Rights of Man" a refutation of Edmund Burke's "Reflections on the Revolution in France" in which Paine argues that popular political revolution is necessary when a government does not protect the natural rights of its people. Fourth in this book is Paine's "The Age of Reason", a controversial work arguing for the philosophical position of Deism, which challenged institutionalized religion and the legitimacy of the Bible. Lastly there is the socialist treatise "Agrarian Justice", in which Paine argues that land owners owe a rent to society in order to fund universal old-age and disability pensions as well as to provide a fixed sum to all citizens upon reaching maturity. This edition is printed on premium acid-free paper.