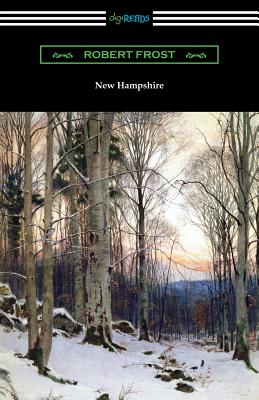 First published in 1923, "New Hampshire" by famed American poet Robert Frost, is one of the most beautiful and famous collection of poems in American literature. The book contains many of Frost's most well-known and beloved poems, such as "Stopping by Woods on a Snowy Evening", "Nothing Gold Can Stay", "Fire and Ice", and "The Need of Being Versed in Country Things". Frost won the first of his four Pulitzer Prizes for "New Hampshire" and he would go on to be awarded the Congressional Gold Medal in 1960 for his poetry and was named the poet laureate of Vermont in 1961. Frost's immortal poems have become an essential part of the fabric of American culture and continue to inspire modern poets, authors, film makers, and artists. Some of literature's most famous and often quoted lines may be found in this collection by a true master of verse. Frost taught English for many years and encouraged his students to capture the various inflections, tones, and cadences of the spoken English language in his writing, an approach he perfected in his own work and referred to as "the sound of sense". This timeless collection belongs in the library of everyone who appreciates American literature and poetry. This edition is printed on premium acid-free paper and includes the woodcut illustrations by J. J. Lankes which appeared in the first edition.