Discourse on Metaphysics and the Monadology (Paperback) 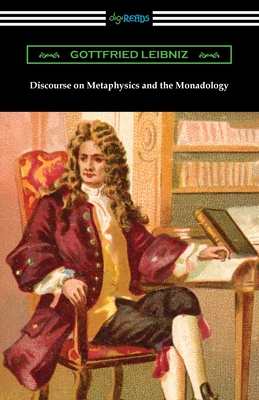 Noted German polymath Gottfried Wilhelm von Leibniz was one of the most important philosophers of the Enlightenment era. A contemporary of Isaac Newton, Leibniz is today best remembered for independently developing a system of differential and integral calculus. As a philosopher he ranks as one of three great proponents of rationalism, along with Rene Descartes and Baruch Spinoza. Unpublished until the middle of the 19th century, Leibniz's "Discourse on Metaphysics" is a philosophical work in which the author argues that "God is an absolutely perfect being" and therefore our world is the best possible one in which a perfect being could create. Also included in this volume is the "Monadology". Written near the end of Leibniz's life and published posthumously, the "Monadology" is a collection of elementary principles or "monads", in which the philosopher seeks answers to the nature of reality and tries to address the problems that arise from mind-body dualism. Both admired and ridiculed by his contemporaries, Leibniz's works remain as an important part of the canon of Enlightenment era philosophy. This edition is printed on premium acid-free paper and follows the translation of George R. Montgomery.