First Among Men: George Washington and the Myth of American Masculinity (Hardcover) 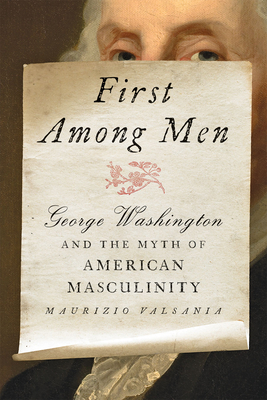 Dispelling common myths about the first US president and revealing the real George Washington.

George Washington--hero of the French and Indian War, commander in chief of the Continental Army, and first president of the United States--died on December 14, 1799. The myth-making began immediately thereafter, and the Washington mythos crafted after his death remains largely intact. But what do we really know about Washington as an upper-class man?

Washington is frequently portrayed by his biographers as America at its unflinching best: tall, shrewd, determined, resilient, stalwart, and tremendously effective in action. But this aggressive and muscular version of Washington is largely a creation of the nineteenth century. Eighteenth-century ideals of upper-class masculinity would have preferred a man with refined aesthetic tastes, graceful and elegant movements, and the ability and willingness to clearly articulate his emotions. At the same time, these eighteenth-century men subjected themselves to intense hardship and inflicted incredible amounts of violence on each other, their families, their neighbors, and the people they enslaved. In First Among Men: George Washington and the Myth of American Masculinity, Valsania considers Washington's complexity and apparent contradictions in three main areas: his physical life (often bloody, cold, injured, muddy, or otherwise unpleasant), his emotional world (sentimental, loving, and affectionate), and his social persona (carefully constructed and maintained). In each, he notes, the reality diverges from the legend quite drastically. Ultimately, Valsania challenges readers to reconsider what they think they know about Washington.

Aided by new research, documents, and objects that have only recently come to light, First Among Men tells the fascinating story of a living and breathing person who loved, suffered, moved, gestured, dressed, ate, drank, and had sex in ways that may be surprising to many Americans. In this accessible, detailed narrative, Valsania presents a full, complete portrait of Washington as readers have rarely seen him before: as a man, a son, a father, and a friend.

Maurizio Valsania (CHAPEL HILL, NC) is a professor of American history at the University of Turin. He is the author of Jefferson's Body: A Corporeal Biography.