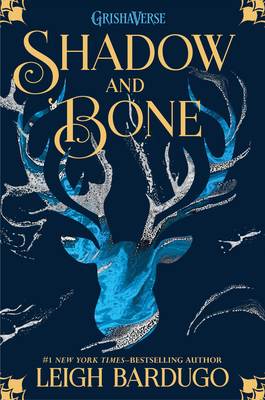 This is book number 1 in the Shadow and Bone Trilogy series.

This is good teen fantasy. It’s about a 16/17th century alternate universe full of sorcerers with specific powers. Everyone develops a unique power when they become a teenager. There’s also this giant dark cloud, called the Shadow Fold, with harpy-like guardians in the kingdom that no one can fight successfully. Then, our main character comes in, a young girl who discovers a power that is able to produce light that hurts the Shadow Fold. She’s uncertain and scared as the higher up sorcerers want to use her as a weapon. It’s really exciting and filled with this great imagined kingdom.

“This debut fantasy riffs on Russian history and folklore. The orphan, Alina, doesn't know that she controls powers beyond her mapmaker trade and is thrust into royalty and the Darkling's inner circle, the magical, elite Grishas. With vivid characters, exciting and twisty plots, monsters, romance, and a fully developed otherworld, this is a high fantasy thriller of the first order. I look forward to more from this talented author!”
— Maureen Palacios, Once Upon a Time, Montrose, CA